Transforming challenges into opportunities to create a better world

In partnership with the Association of Catholic Colleges and Universities, The Reid Group is creating an educational series designed for university leadership that focuses on strengthening Catholic identity on college and university campuses.

In the decades since the publication of Ex Corde Ecclesiae in 1990, Catholic colleges and universities in the United States have focused concerted attention on the four essential characteristics of the Catholic university:

1. Christian inspiration of the university community;
2. Reflection on human knowledge in the light of faith;
3. Fidelity to the Christian message as it comes to us through the Church;
4. Institutional commitment to service. (ECE, 17)

Fulfilling these characteristics has meant that leaders at various levels assume responsibility for ensuring an institution’s educational mission and Catholic identity. While shared in different ways by each member of the university community, from the Board of Trustees to a recently enrolled first-year student, Catholic mission and identity is a special responsibility of the president. When the entire community works in harmony to fulfill the mission, the resulting spirit is vibrant and alive, readily apparent in the campus culture. Achieving such a result requires the kind of collaborative teamwork that only conscious leadership promotes and develops. 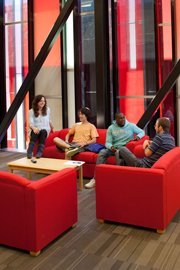 The formal position of mission officer is relatively new, rarely dating back further than the 1970’s. Prior to the creation of this position, members of the founding religious orders of men or women carried the mission. Today 159 of the total 220 member institutions of ACCU have a mission officer. Though titles vary from “vice president for mission” to “special assistant to the president for mission,” the responsibilities are similar in that they devote special care to the Catholic mission at their campus. Read the pamphlet.

As Catholic colleges and universities, we have the wonderful opportunity to proclaim our Catholic identity and vision to all. Upon entering our main campuses, visitors will sense an inviting hospitality and a welcoming spirit that make tangible our abiding commitment to the human dignity of all members of the community. The beauty of the architecture, both old and new, the care taken in preserving the grounds and statuary of the university’s founders or patron saints, the artwork throughout our campuses, the hope and warmth on the faces of students, faculty, and staff convey how we regard our stewardship of God’s creation. Read the pamphlet.

Catholic higher education in the United States offers an unparalleled example of partnership among laity, dioceses, and religious communities. In particular, boards of trustees, made up predominantly of generous and committed community representatives, hold the primary responsibility for preserving and promoting the Catholic identity and mission of an institution. Nowhere else among the multitude of Catholic institutions of higher learning worldwide is this the case to the same scope and degree. This situation is a special embodiment of the results of Vatican II, Catholic tradition, and American innovation. As a result, the expertise and personal investment of board members keeps Catholic higher education in the United States strong and vital. Read the pamphlet.

The Catholic Intellectual Tradition views faith and reason as mutually complementary sources of wisdom in the quest for truth. Grounded in a conviction that it is God who creates, the harmony between faith and reason is the foundation and inspiration for the distinctiveness of Catholic higher education. This pamphlet is offered as a resource for those on Catholic college and university campuses who seek to appreciate the accord between faith and reason. Read the pamphlet.

Promoting and pursuing institutional mission is the responsibility of all members of the university community, but it is the president who bears the primary duty to personify, articulate, and celebrate the Catholic mission. Although not a single-handed task—the responsibility is closely shared with members of the president’s cabinet and guided by the board of trustees—it is the president who must keep the mission as his or her top priority, woven through all decisions and interactions on and off campus. Doing so ensures that the Catholic mission remains a central and defining characteristic of the institution. Read the pamphlet.

As the leader of the faculty, the chief academic officer (CAO) must understand the traditions of academic culture: the importance of freedom of inquiry, the role of faculty as stewards of the curricula, and the place of faculty self-governance. The CAO also speaks for larger institutional concerns: the scope and quality of academic programs and scholarship, the student learning environment, and the importance of engaging Catholic identity, the Catholic intellectual tradition, and the values of the founding congregation, if present. As such, the CAO works with the president and the mission officer to advance an integrated approach to the institution’s identity and mission among the faculty and academic staff. Read the pamphlet.

College and university faculty do much to shape the culture of an institution. They determine curricula, apply varied pedagogical strategies, and set directions for research. In very real ways, these choices define the institution and the experiences that students there will have. Through research and teaching, faculty make the mission of the university real. On a Catholic college or university campus, faculty make an even greater contribution, for they are at the heart of the institution in advancing its Catholic identity.  Read the  pamphlet. 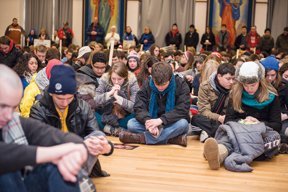 Many college students today proclaim themselves “spiritual but not religious.” This description evokes both alarm—stemming from the rejection of religion by so many young people—and celebration—spurred by the recognition that a majority of students harbor a deep and abiding thirst for spiritual growth. Read the pamphlet. 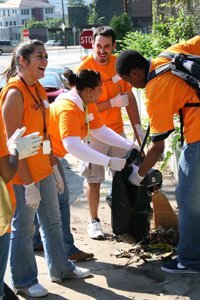 Catholic colleges and universities prepare students to engage with the society and culture around them in an authentically and thoughtfully Catholic way. The concern for social justice, both as an institutional priority and a curriculum hallmark, is among the more readily identifiable characteristics of Catholic higher education.

In response to the social, economic, and political issues of our time, the Church offers a body of Catholic Social Teaching (CST) that can help Catholic colleges and universities in their mission to form students, encourage research, and develop their institutional culture.  Read the pamphlet.

When people talk about higher education, they often refer to “student learning” as it pertains only to the academic enterprise. In fact, college students spend much of their time learning outside the classroom. This aspect of learning—from residential life, to recreation, to student organizations, to healthy choices, to career planning and services—represents the important focus of Student Affairs professionals.

At a Catholic college or university, Student Affairs is especially distinct, as we seek through programs and services to develop our students spiritually, emotionally, intellectually, and physically in the context of Catholic values and Christian community. We encourage our students to learn about themselves and the world around them by taking into account the spiritual dimension of what it means to be a good and moral citizen, to lead ethically, to care for the common good, and to know and love God.  Read the pamphlet. 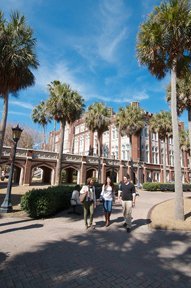 Campus operations and the stewardship of financial and material resources generally fall within the domain of non-academic leaders on campus: vice presidents of finance and administration and those responsible for areas such as human resources, purchasing, investments, and the physical plant. It is their charge to model the Catholic identity of the institution within policies, procedures, and general operations.

The idea of stewardship is an organizing principle in the Christian tradition that guides how the goods of the earth are utilized. It takes seriously how resource use is balanced with the legitimate claims of the future. Several areas deserve special attention, including the management of finances, the care of employees, proper stewardship of natural resources, interactions with the immediate community, and relationships with donors.   Read the pamphlet. 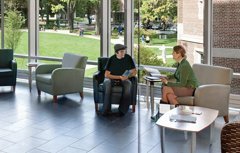 At a time when students, parents, and even the federal government are demanding greater accountability and evidence of value, Catholic colleges and universities have both an opportunity and an obligation to present themselves to prospective students and their families in a way that highlights the distinctive nature of their Catholic mission. As a result, the admissions office plays a key role in communicating Catholic identity.  Read the pamphlet.